Who Is The Proscenic T21 Air Fryer For?

Air fryers have been a popular kitchen appliance lately as a way to offer the crispiness of fried food without the extra oil or fat. Air fryers cook food by heating up air and circulating it all over the food to provide a crisp texture. Proscenic’s latest offering, the T21 air fryer, is both great at cooking food and offers a few extra bells and whistles that other air fryers don’t have.

The best part of the Proscenic T21 air fryer is that it is easy to use. The buttons on the touch screen panel are all straightforward, and getting the air fryer up and running takes almost no time at all.

Like with any kitchen appliance, the Proscenic T21 basket and basket holder should be washed before use, and it wouldn’t be a bad idea to run a few “Preheat” cycles to kill off any not-great plastic-y smells. This is normal, and the smells should go away after your second or third use. Even if there are smells, it doesn’t impact the food when cooking.

While there are pre-set buttons on the T21‘s touch panel for commonly cooked items like chicken, potatoes and steak, I found it easier to set the time and temperature manually to get food to cook exactly to my liking. The T21 can also pause during cooking and stop cooking early if desired. The pause function is great for turning food over halfway through cooking, as the air fryer gets back up to temperature almost immediately once resumed.

The only downside I had to using the T21 air fryer is that the basket doesn’t come out that easily, to the point where the first time I tried to take it out of the air fryer, I thought I was going to break something. All it requires is a decent yank, but those first few times you take the basket out will feel a little risky. It’s recommended you use an oven mitt or something similar the first few times you use the T21 to ensure you don’t get burned by anything.

As far as aesthetics go, the Proscenic T21 is a mix of stylish and understated. The shiny front blends in nicely with my steel refrigerator door, and looks perfect next to my toaster oven. Even better, the T21 isn’t too flashy or gaudy, so it doesn’t stick out or feel like it doesn’t belong in the kitchen.

In terms of size, the T21 is a little large, but nothing too burdensome. It’s larger than a toaster oven, but doesn’t take up as much space as something like a stand mixer. It is also much lighter than a stand mixer, making it easy enough to put in a cupboard or closet when not in use.

The Proscenic T21 air fryer is great at cooking and heating up the small things that would normally go into a microwave or toaster oven. The big difference between those other devices is that the T21 adds a nice crispiness that would typically require a deep fryer.

This crispiness is most noticeable when heating up potato products. French fries and hash brown patties both went into the T21 frozen and came out tasting like restaurant-quality dishes. Other frozen products like chicken nuggets also became very crisp in the T21 without over-cooking the food. The chicken nuggets in particular were impressive for how much they crisped up, considering they had a gluten-free breading.

While the Proscenic T21 is more than capable of heating up food, it can also cook raw food as well. I am notoriously a stickler when it comes to chicken wings, and am definitely hard to please. However, after around 20 minutes in the T21 air fryer, the wings I made were both fully-cooked and pretty crisp. I would personally have liked them a little more crispy, but was afraid any longer in the air fryer would have dried them out.

Like other air fryers, the T21 says it is capable of cooking other meals including seafood, steaks, baked goods and anything else that can be cooked in a standard oven. I haven’t personally tried any of these recipes, so I can’t speak to their quality with the T21.

The worst part of cooking is the post-meal clean up, but the T21 air fryer isn’t too annoying. The basket holder catches most of the crumbs and grease from whatever food is being cooked, and can be easily wiped out with a paper towel. Of course, once all the big crumbs have been wiped away, the tray should be washed with soap and water.

The T21‘s basket isn’t too annoying to wash either, although the slats on the side of the basket are somewhat tricky to work around. Expect water to spray most everywhere if washing the basket by hand.

The best part of cleaning up, however, is that the T21‘s basket and tray are both dishwasher safe. If you happen to have a dishwasher, just pop those two pieces in and you’re ready to go for your next culinary adventure.

For those unfamiliar with air fryers, they aren’t the most quiet appliances out there. Air fryers require fans to circulate the hot air, so using one always results in a whirring sound, no matter what brand or model you use. That is true for the Proscenic T21 as well, though it isn’t loud enough to be a deal breaker.

The T21 does make some noise, to the point where I can hear it whirring away from across my apartment. However, the noise isn’t too loud and isn’t high-pitched enough to become annoying to me. It’s something that can be mentally filtered out easily enough. Cooking times with the T21 are often fairly short, so the noise doesn’t last too long either.

There are a handful of annoyances with the Proscenic T21. The most common is the air fryer’s default settings. Every time the T21 is turned on, it resets the temperature and timer to 370 degrees and 15 minutes respectively. I would have preferred that the T21 remember its previous settings and save those instead of resetting every time.

The beeping sound made when pressing buttons is also a little loud, and happens when any button is pushed. This includes changing the timer and temperature. I feel like Phyllis in that one scene from The Office every time I use the T21.

It seems everything feels the need to connect to the internet these days, from fridges to toothbrushes. That’s certainly true for the Proscenic T21, which touts its smart features and Alexa integration proudly. However, this is all completely unnecessary.

All the app really does is provide the same control panel that is on the T21, but on your phone. I’m really not sure how this helps anybody. I need to be in my kitchen to put things into my air fryer anyway, so it’s more trouble to then have to pull out my phone and mess around with an app instead of just pressing the buttons on the T21 itself.

I suppose there are some benefits to be able to get the T21 air fryer pre-heating while away from the kitchen, but that saves at most five or six minutes. I don’t really think that small amount of time saved is worth setting the T21 up with internet access and downloading an app to create yet another account for yet another service.

Thankfully, the T21 is completely operable without the app, so it isn’t required in the slightest. The app isn’t needed to set up the air fryer, so the air fryer can be used straight out of the box without downloading anything.

The Proscenic T21 air fryer is an easy to use kitchen appliance that produces some quality meals. The T21 is easy to clean and doesn’t take up too much countertop space either. While the air fryer does have an app and WiFi/smart home features, these feel unnecessary. Thankfully, the T21 can be used completely without the app.

The Proscenic T21 is in stock right now through Amazon and other retailers. It is currently available at $129, which is a great price compared to other air fryers on the market. 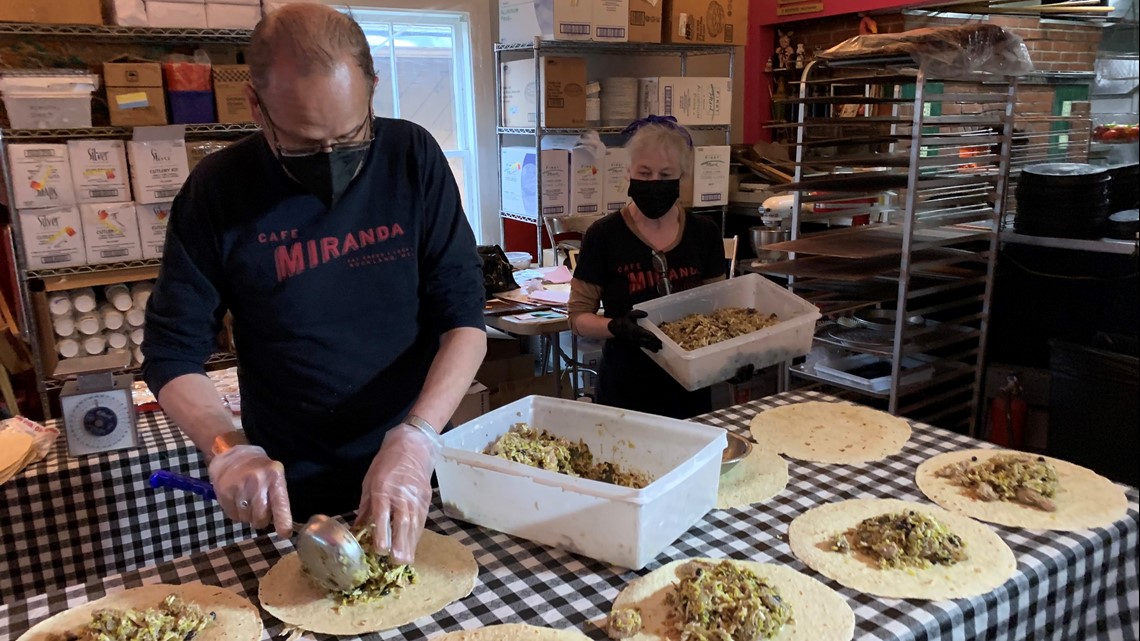