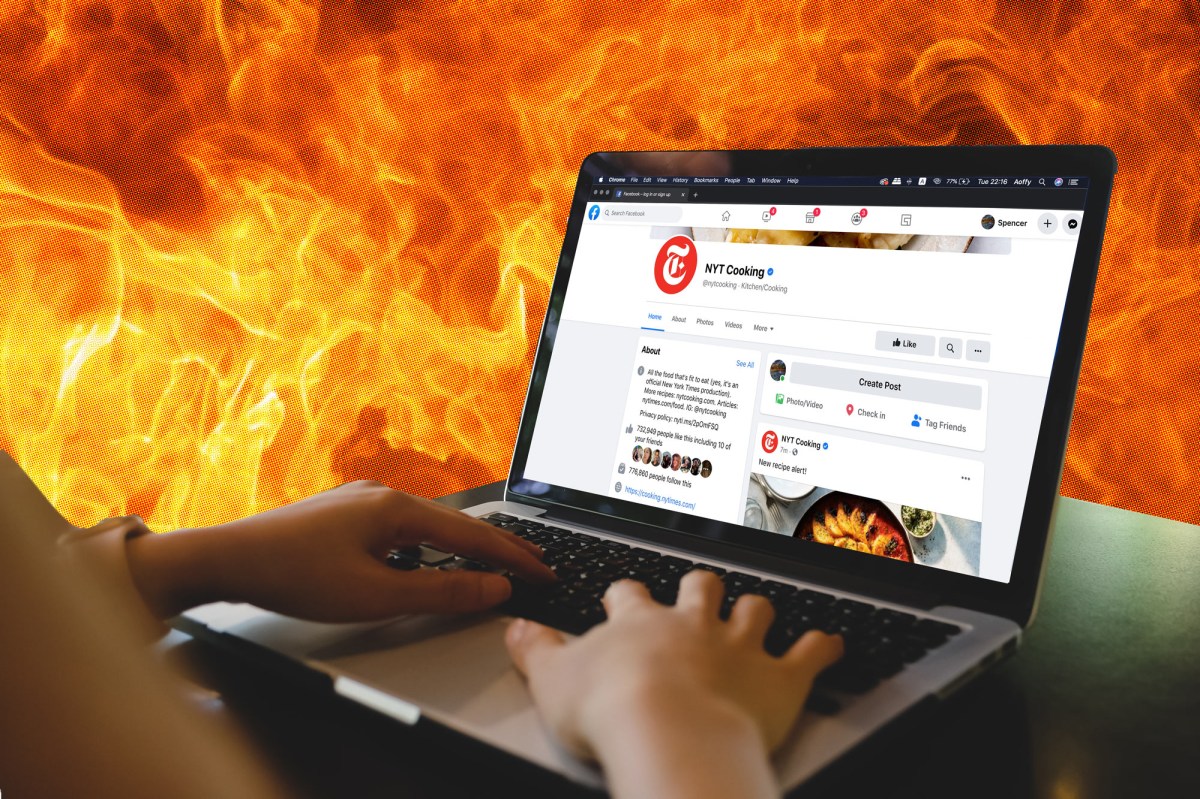 The New York Times is taking its Cooking Facebook group off the menu.

Editors have been stymied moderating the popular group, they said, since its 77,000 members won’t keep their posts to food topics.

The Times’ staffers have said they’ll “be stepping back as administrators of the group, removing its official affiliation with The New York Times, changing the name and handing it over to members,” to try and “make it about all things cooking and food.”

A statement added, “it is time to hand this group over to you, its members.”

The group’s issues date back to at least last fall, when one woman tweeted, “There is a coup going on in the @nytimes cooking community Facebook group.” She said that users’ political posts had been removed, so that members, “began to fashion food to spell VOTE.”

Freelancer Erin Biba tweeted of the latest news: “The NYTimes has lost all control over the Cooking Community Facebook group … it’s gonna be such an enormous s–tshow I cannot wait to witness the carnage. People are already fighting and they haven’t even made any changes yet.”

Some members of the private Facebook group are up in arms. “If you can’t take the heat, get out of the kitchen,” wrote one, while another offered up that she made “extra-large chocolate chip cookies” to try and keep posts food-related.

NYT Cooking founding editor Sam Sifton told the paper’s media columnist, Ben Smith, “there was no precipitating crisis, simply a realization that, ‘It’s a lot of people who want to post pictures of their dogs next to their soufflé,’ and, ‘not a place where we were going to march people toward NYT Cooking.’”

It also came down to dough. Smith wrote, “The Times was paying people to moderate it,” and Sifton told him that meant, “‘a Times employee moderating comments for [Facebook] rather than working for the Times.’”