The taqueria near TCU serves everything other taquerias serve: burritos, bowls, tacos, chalupas and quesadillas, all with plenty of fresh salsa.

But in place of carne asada, the tacos are loaded with grilled portobello. You’d almost never know the tacos al pastor aren’t pork. The tres leches cake is made with almond and coconut milk.

It just doesn’t use meat or dairy.

There are birria tacos, enchiladas, tortilla soup and menudo, along with a refreshing peach iced tea.

Some of the dishes are made with portobellos, peppers and vegetables. Others use a homemade seitan or soy. The milks and cheeses are plant-based.

Everything tastes even better with the first-rate red salsa, ranchero salsa or creamy salsa verde.

“We have every kind of food,” said Hernández, a native of Tamaulipas. “We still use all the same recipes and cook all the same way. Now we just try to make it as healthy as we can and still have it taste good.”

She backs off the oil and sodium.

And she adds more fresh peppers, spices and salsa.

“We want people to know it’s not hard to eat healthy,” she said.

Years ago, another restaurant around the Blue Bonnet Circle, the much-missed Caro’s, was known for advertising that the restaurant used “no steam table and no can opener.”

Today, Hernández says her cooking is all fresh and “95% homemade.”

“A lot of people in Mexico can’t even afford meat — they eat peppers, onions, vegetables — that’s ‘Mexican food,’ ” she said. “They are vegans and don’t even know.”

But the street tacos, chalupas and Mexican dishes will feel the most familiar.

It’s definitely not the place if you want Tex-Mex cheddar enchiladas in chili con carne.

But if you’re looking for a taco platter — or even for Buffalo cauliflower “wings” — it’s worth a try.

Hernández opened her first Belenty’s three years ago in a former fast-food location in Granbury, serving that mostly older community.

“Granbury is a meat-eaters’ town,” she said. “People asked how we could make it. I said, ‘Because people will love our food.’ ”

Columnist Bud Kennedy is a Fort Worth guy who covered high school football at 16 and has moved on to two Super Bowls, seven political conventions and 15 Texas Legislature sessions. Since 1985, he has also written more than 2,000 “Eats Beat” columns about Texas dining, restaurants and food. 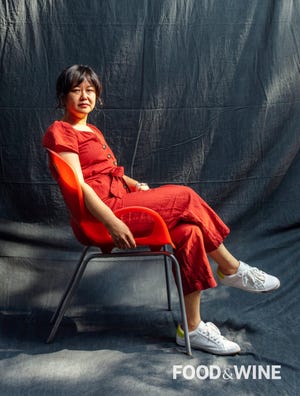