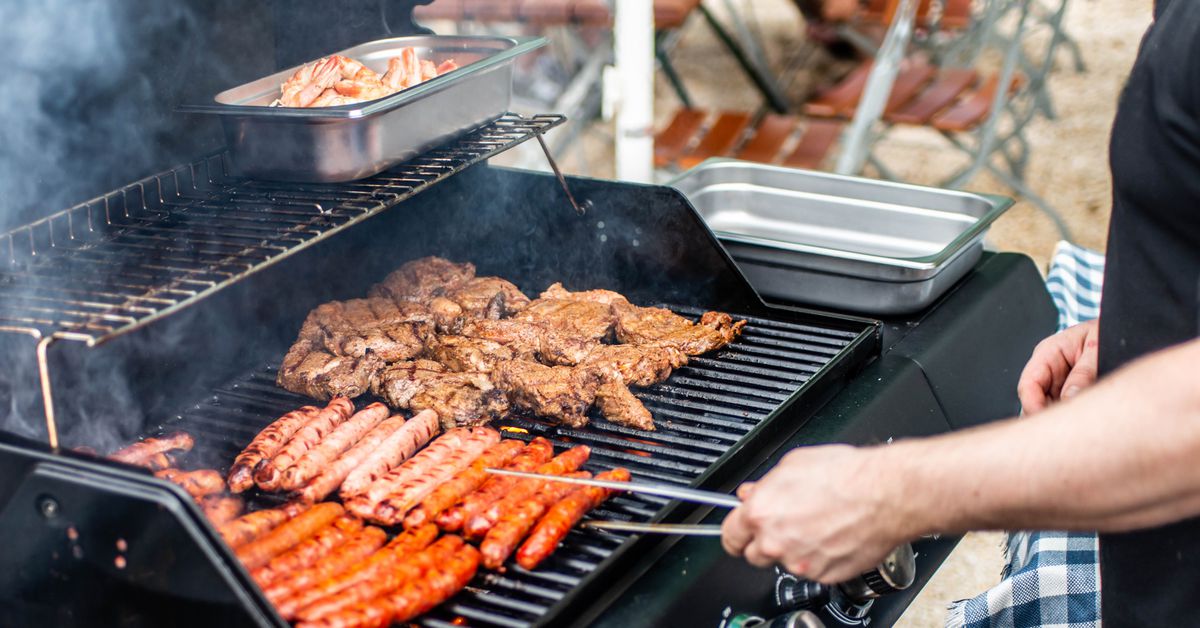 Fourth of July celebrations may be back to normal for Americans as U.S. coronavirus cases drop and more than half (57%) of American adults are fully vaccinated. With typical holiday celebrations comes fireworks, barbecues and lots of food.

Several food experts are warning Americans not to let the holiday excitement distract them from food safety protocols. Bacteria, food poisoning and poorly cooked meals can easily ruin a celebration.

“Rates of foodborne illness tend to increase during the summer months because germs grow faster in warmer, more humid weather. People also cook and eat outside, making shortcuts to food safety tempting because they are away from the convenience of soap and running water at the kitchen sink,” Sandra Eskin, USDA’s Deputy Under Secretary for Food Safety, said in a news release.

More than half of Americans (57%) plan to grill or barbecue over the holiday weekend — that’s more than those who plan to travel, watch fireworks from home or attend public events or festivals, according to data and tech market research firm Numerator. It surveyed more than 2,000 consumers on June.

The excitement for cookouts is so great that regardless of COVID-19 vaccination status, Americans want to fire up the grill. Even more people surveyed who said they will not get the vaccine plan to grill (60%), compared to those who are vaccinated (55%), the survey found.

At gatherings, those who are unvaccinated need to make a safety plan, said Centers for Disease Control and Prevention Director Rochelle Walensky said recently. ”If you’re not vaccinated, our guidance has not changed for you. You remain at risk of infection. You still need to mask and take other precautions.”

How should I prepare and cook meat?

When grilling raw meat, there are multiple steps you can take to avoid getting food poisoning, especially with E. coli, which can cause dehydration, bloody diarrhea and abdominal cramps three to four days after exposure – and potentially kidney failure in children under 5 years old and in older adults, the Centers for Disease Control and Prevention says.

Don’t reuse marinades that have been used with raw meat. If you’re preparing kabobs for the holiday, keep meat and vegetables separate. Veggies cook faster than meats so put peppers, onions and carrots on separate sticks.

How can I practice cleanliness?

When grilling, use separate plates and utensils for raw meat and cooked meat and ready-to-eat foods, such as raw vegetables, to avoid cross-contamination. If you use a dish to bring out the meats, don’t reuse it for any other food dish until it’s been thoroughly washed. Bacteria on raw meat can easily spread to cooked meat if the plate isn’t cleaned.

Remember to wash your hands with soap and water after preparing meals. Also wash your kitchen counter, cutting boards and utensils after they are used on raw meats.

What about non-meat dishes?

If you’re bringing cantaloupe, potato salad or other picnic foods use a cooler.

Keep certain salads or desserts that were served cold chilled afterward. Cold dishes should not stay outside for more than two hours — and just one hour if it is warmer than 90 degrees outside. If you’re staying from home, be sure to bring a cooler for these dishes.

If you’re worried about foods that will bring bacteria, Powell suggests mayonnaise. He said the egg-based spread has gotten a bad rap over the years. But “commercial mayo uses pasteurized eggs and has high levels of vinegar,” whose acid content helps control bacteria, a food safety scientist and creator of barfblog.com, Doug Powell said.

Regardless of where or what meals you’re cooking, be extra cautious for those who are more likely to succumb to food poisoning from E. coli. Children and newborns, pregnant women, the elderly, and those with weak immune systems are among those more susceptible.